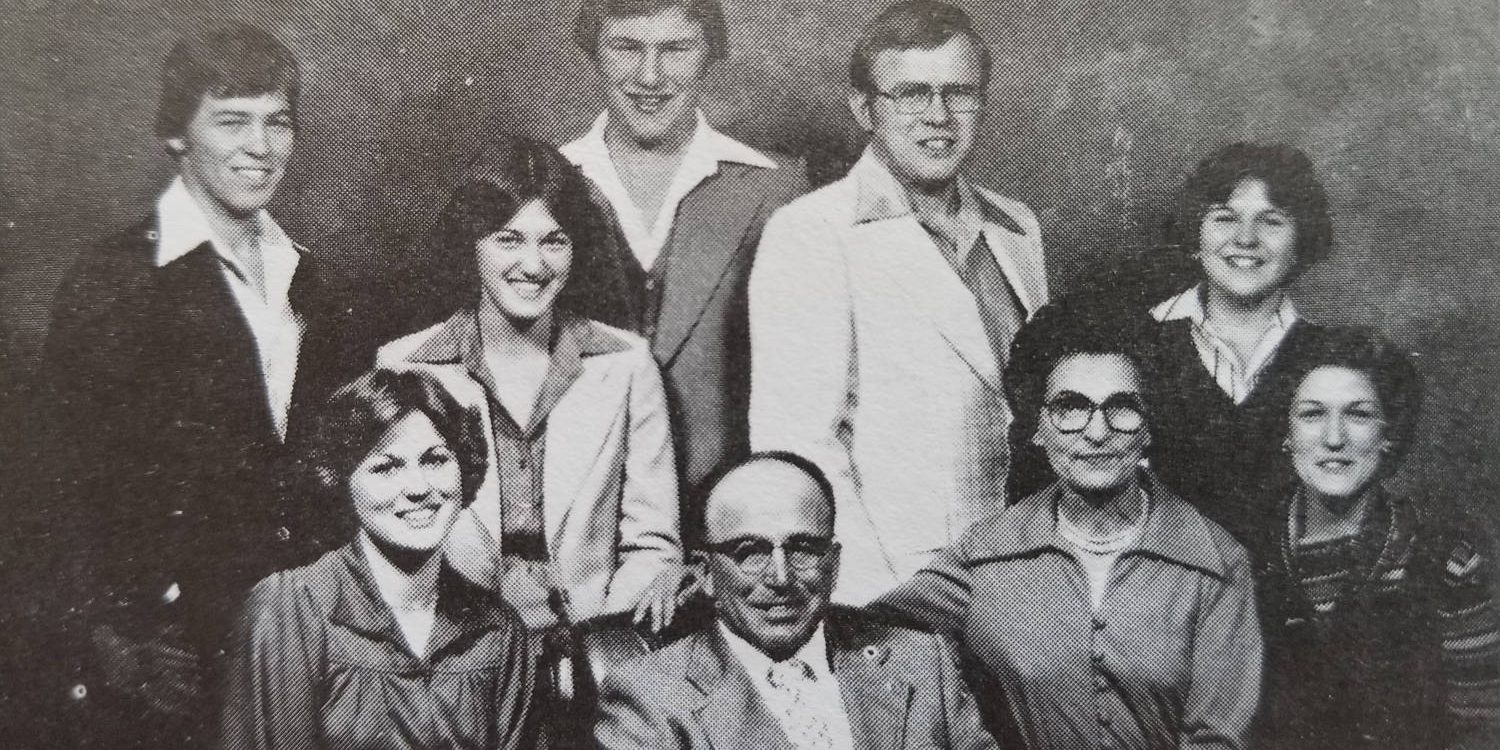 “Keep your mouth shut, your eyes and ears open and maybe you’ll learn something.”

My Grandpa Herbert passed away long before I was born, but Dad told us that while Grandpa was a man of few words, he had many one-liners or quips of advice he’d throw out when it fit the situation. They can flow out of Dad like it’s a part of his daily vernacular, but the advice often leaves us kids staring at him with a unified, “huh? Where did you get that from?”

It’s gotten to the point that I keep a running list on my phone so whenever Dad brings one up, I can jot it down before I lose it. Many are resurfacing since I became a parent, like “Little children, little problems. Big children, big problems.” Teenagers are way worse than toddlers… heard you loud and clear, Dad.

Or when I make him do something he doesn’t want to do with PigEasy (like paperwork, or moving equipment in the trade show booth), he’ll say “Sure, wear out the old broom first.” Or my personal favorite, “Don’t worry. You’re going to be old too someday.”

But the one that likely shaped Dad’s life and his ability to look at the world a little differently is a line Grandpa Herbert would tell Dad when he’d follow Grandpa into the farrowing house as a kid.

Dad said Grandpa didn’t care for the grain side of the farm as much as he loved working with the livestock, especially pigs. When they arrived in the farrowing house, Grandpa Klocke would tell him, “Keep your mouth shut, your eyes and ears open and maybe you’ll learn something.”

It’s not a very warm and fuzzy thing to say to a child, but this piece of truth is used on a daily basis with Dad. The mantra is really what brought PigEasy to fruition and makes us unique in our industry. In the sow farm, Dad believes time is well spent watching the sow in her environment, quietly observing her behavior, her actions and responses to the world around her. By doing so, he’s able to develop solutions to the looming headaches the industry seems to otherwise overlook.

Take the MealMeter, for example. Dad saw the problem; gilts weren’t eating what was dropped in front of them, subsequently wasting a lot of feed after entering their stall in breeding. That left frustrated breeding staff and a huge mess on the floor. Everyone felt like the gilts were getting used to their crate and moving them back up to consuming all their feed would just take time. That didn’t sit right with Dad.

He spent a lot of time standing back and watching the gilts. They didn’t seem stressed coming into or spending time in the crate. However, something did catch his attention; their eating habits. He recognized gilts were coming from isolation, where they lived in pens and ate like a market hog. They could take their time eating throughout the day. We then move them into the gilt row where we drop feed only once or twice a day and expect them to eat like a sow. Simply dropping feed wasn’t cutting it.

Dad developed a solution that basically converts a feed tube into a self-feeder, called the MealMeter. By using the MealMeter, our sow farm increased it’s P1 total born by 1.75 pigs per litter. From there, he added the MealMeter to the wean row and in lactation and the rest is history. The farm’s overall production increased, sows stay in condition throughout their reproductive cycle, which means they remain healthy and in the herd longer. We even lowered our replacement rate, all while wasting a lot less feed.

Our customers are noticing similar results. One customer estimates he’s getting a least an extra pound of feed into his lactating sows per day, all while greatly reducing feed waste. Another customer calculates he saves a half a person in labor with our feeding system.

So often we get in such a rush to fix an issue that we totally miss what the real root of the problem is. We throw a few solutions at the problem’s symptoms, shrug our shoulders and say, “Well, that’s the best we can do.” The truth of the matter is, if we spend some time quiet with our eyes and ears open, we have the ability to better understand the obstacles we face and how to best overcome them.

The Herbert and Marcella Klocke Family celebrating 100 years on the farm this summer.