Sowing the Seed to Sow Success 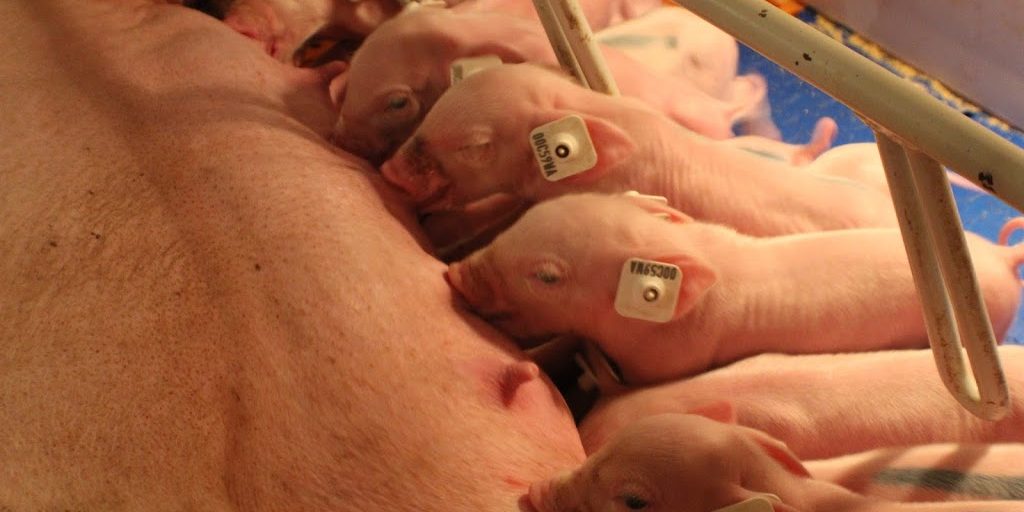 “You can’t win them all if you don’t win the first one.”

In high school and college, I used to work at a local café where the “regulars” would pull out a deck of cards while their bacon was frying to play for who gets stuck with the breakfast tab. As the cards were dealt, someone would inevitably remind the table, “You can’t win ‘em all if you don’t win the first one!”
This line struck me recently during one of our conversations on gilt development at KFI (Klocke Farms, Inc). It’s been drilled into us that how a gilt performs on her first parity affects her lifetime production, so our herd’s overall success suffers if we don’t make an effort to prepare gilts as they move into the breeding barn.
In the first post of the series on lifetime production, we discussed some of the lifetime production successes we’ve seen at KFI. One of the most important accomplishments is lowering the total number of early culls, (sows culled before the 4th parity) as it is noted that sows do not reach profitability until after her third parity.  We attribute much of it to how we feed incoming gilts, but that is not meant to downplay all the additional efforts of our crew every day in terms of gilt development.
Every sow farm has their own set of tricks that are vital to their success with incoming gilts. And while no two sow farms run identical protocols, here are four factors I feel contribute to our positive reproductive performance with gilts. 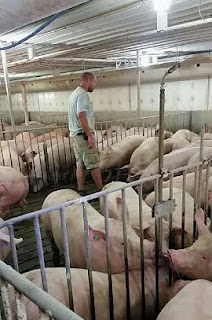 It all begins in the GDU.  Too often the only time gilts interact with the breeding staff is during quick walk throughs and vaccinations. At KFI, our breeding staff spend more time in the pens every day so trust is built between them and the incoming gilts.
There’s a reason why nurses at the doctor’s office take the time to coo, coddle and hand out sugar free lollipops after the shots; so the kids don’t run in the opposite direction the next time they have a doctor visit. The same goes for the GDU; spending that time upfront with gilts to earn their trust goes a long way and will benefit you throughout the animal’s lifetime.

This next item has held many names at the farm and we are lucky our consulting vet filled us in on this idea years ago. In order to acclimate the new gilts to the sow farm, we collect the feces 1-3 days post farrow from both sows and pigs every week. The “collection” is transferred over to the deep freeze where we pour a thin layer into multiple buckets. We layer each week until the buckets are full (and become a layered “poo-cube”).
The staff places one of these “poo-sicles” in every pen of the isolation barn a few weeks after their arrival. Because it is cold and gilts are curious creatures, the “poo puck” moves around the pen and exposes each animal to all the farm bugs.
This is an easy and effective way to acclimate each gilt as it doesn’t fall through the slats, it’s intriguing to the animals and provides a good cross section of the pathogens prevalent on the farm.
(More on this at a later date!) 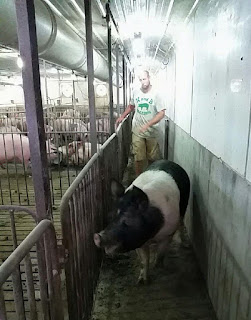 After gilts reach 5 months of age, we feel it is important for them to be familiarized with the on-site boars. This way when mating occurs they are already comfortable with the sights, sounds and smells of the boar.
We begin with a trustable boar and let him loose in the aisle next to the pens every day. When a staff member is close by, we later allow the boar to walk in the pen with the individual.
The gilt deals with a lot of change in a short amount of time when moved to the breed row, so it is important to alleviate any adrenaline inducing factors if you can. That leads me to my last point…

Prior to the MealMeter’s inception, our farm had difficulties getting gilts up to optimal feed intake prior to being bred in their new environment. Consultants said gilts just need to get used to their individual maternity pens and that just takes time.
After observing gilts in their new environment, Dave realized it was less the individual maternity pen and more how a gilt is fed. Gilts are used to eating what they want, when they want it throughout the day like a market hog. Then we move them to individual maternity pens and drop a large amount of feed in a trough and expect them to consume it in a short amount of time before the water turns on or the feed becomes stale.
The MealMeter has become a tool that transitions gilts from eating like a market hog to eating like a sow. We increased our parity 1 production and in the long term increased the overall production on our farm by implementing the MealMeter pre breed and in lactation.
By focusing on gilt development and their success out the gate, you allow each animal the ability to reach their genetic potential, which proves to be a long term return on investment throughout the animal’s lifetime.
For more information, please call 888-354-0112.
Until next time,
Katie